Having a beard: Keeping the legacy alive 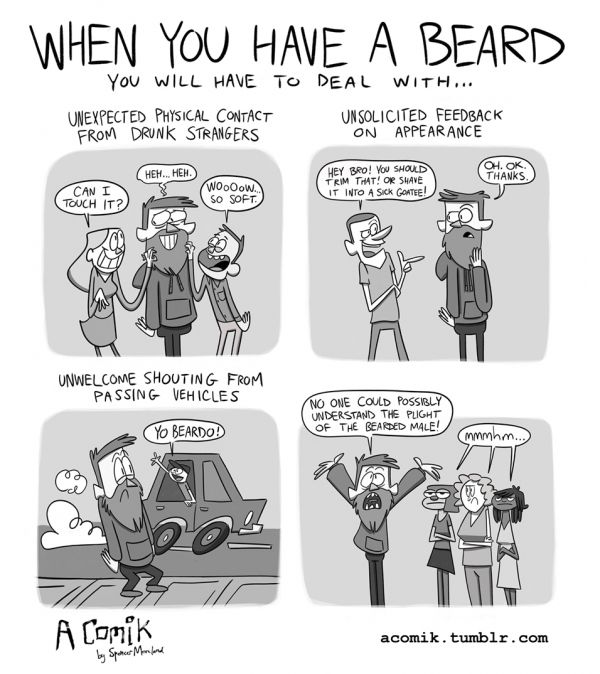 You got to love this comic strip for tapping into the reality of venturing out with a beard in the world. There’s something about beards that simply makes people want to get all tactile with you and then probe into why you grew it. This is often followed up with a “too lazy to shave dude?” There aren’t enough fingers to count the number of times we’ve seen this happening and guys sucking in their breath or holding back the irritation – or even embarrassment.

So why all the fuss about beards? Why the heck is it a problem growing a beard? We thought we would give you a little ammunition for when someone next asks you about why you grew your beard:

So as you can see, you are not the first – others have trodden the road before you. Show your inherent fighter spirit and stand your ground. Better still learn the Maori Haka traditional dance, and Haka every bearded bro you see.