Robin Hood and the Michelin Chefs 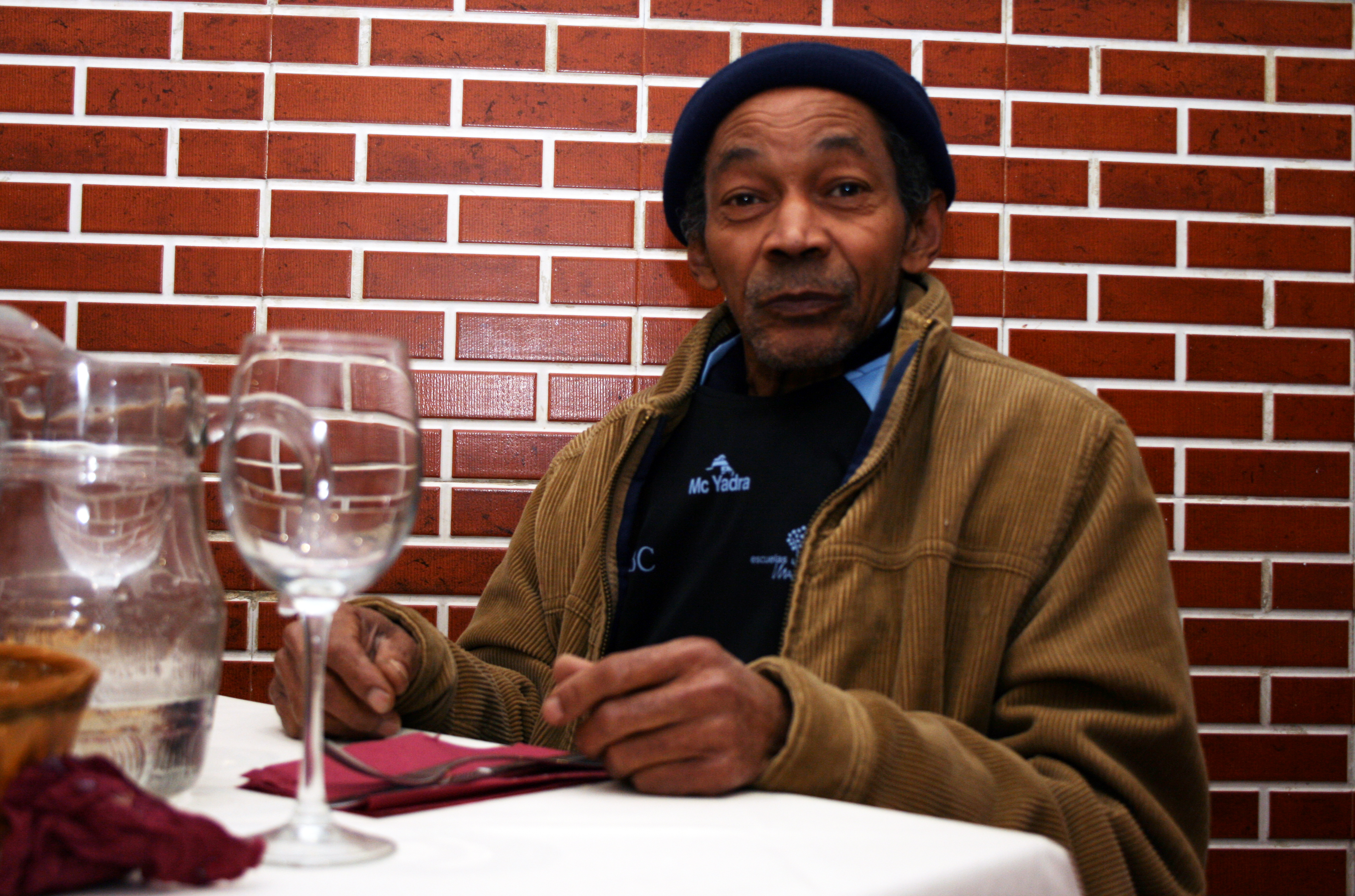 This week I spent an evening with the homeless, who were waited on attentively at the launch of a new social restaurant.

The stars that shone that night were Michelin, as three top Spanish chefs (Pepe Rodríguez, Miguel de la Fuente and Julius Bienert) attended the opening of a restaurant called “Robin Hood” to cook for the homeless.

The restaurant is an initiative of padre Angel, a Spanish priest who founded the charity Mensajeros de la Paz/ Messengers of Peace in 1962.

The charity is active in over 50 countries and works to combat social isolation, be it homelessness, finding families for children who have lost their parents, or helping the elderly.

As a recognition of his work padre Angel received Spain’s highest award the premio Principe de Asturias/Prince of Asturias prize in 1994 and there is currently a petition to nominate him for the Nobel prize.

The main reason for the name Robin Hood is the restaurant’s social business model, which promotes sharing, rather than robbing the rich.

At breakfast and lunch the restaurant sells a fixed price menu for €11 to the general public that includes a starter, main course and dessert. Then the profits from these sales go towards feeding 100 homeless or vulnerably housed people over two shifts in the evening.

The Robin Hood restaurant is the latest in a line of innovative, or downright unusual, events organised by padre Angel.

In January his church organizes a pet blessing festival – where pretty much every animal under the sun is brought, sometimes protesting – and scratching in the case of the cats, to be sprinkled with holy water.

They also organized a screening of the Champions League final between Real and Athlético Madrid last year and visitors to the church this summer could also watch the Olympics there.

This all happens in the Iglesia de San Anton/church of Saint Anthony (the patron saint of animals), a 24 hour church in the heart of Madrid’s gay area that claims to be open to everyone, believers and non-believers alike.

The church feeds 500 people a day, but the limited space made padre Angel realise that “eating standing up or sitting on benches was only a temporary solution.”

Robin Hood aims to restore “the dignity of eating” so the homeless, or people on the breadline, “can sit down at a table, with a proper table cloth and on special occasions eat food prepared by the best chefs in Spain”

Some might see giving non-essential food to the homeless as a luxury. Why give the homeless an evening meal in a restaurant, when many people just have a sandwich or put a frozen pizza in the oven for dinner? I put it to padre Angel that some people might think the financial costs of running a restaurant like Robin Hood might outweigh the importance of creating a sense of community.

Well he replied “You can’t live on food alone the soul needs nourishment too. This is why community is so important and on a practical level you can’t spend your whole day looking for a job and even if you do and events such as football matches happen in the evenings so…we’re there at that time when people often need us most.”

“If there’s an event going on in Madrid, the church is open. So I guess you could say the church participates in all events. It’s open during the Gay Pride festival and when there are music and culture festivals in the neighborhood. It’s always open.”

After speaking to Padre Angel, I managed to exchange the briefest of words with the chefs I sat down with the homeless people who had been invited and we began to chat. One table was delighted that I had grown up in Nottingham, and I was able to answer all their questions about Robin Hood. They’d heard of Sherwood Forest, though they joked that there were only probably only two trees left there nowadays.

Coming from Madrid they were also heavily into football and asked what had happened to Nottingham Forest, this was a much more painful question to answer.

The majority of people only wanted to chat, but a few of them also kindly agreed to have their pictures taken for this article. I met Charles who, like Beyoncé, keeps hot sauce on him, to spice up his food.

I also sat down with Javier, who was probably one of the most entertaining people I’ve ever had dinner with. Javier talked fluently in English about food and music, remembering a time when he had lived in New York City eating slices of pizza and listening to records by Michael Jackson and Dianne Krall. Then he read the fortunes of myself and two other people on his tarot cards and the evening ended like all the best evenings out, with good-natured staff patiently waiting for us to leave.

Robin Hood is a great idea that really offers a new experience. Not only is your money going to good cause, but also, depending on the chefs, you might have the opportunity to eat Michelin star food for only €11. Added to that the staff are some of the most capable, interesting and pleasant people that I’ve encountered in any restaurant. If you’re ever in Madrid you should definitely check it out.

If you’re visiting Madrid you can find Robin Hood on C/ Eguilaz, 7 close to Bilbao Metro on line 1. Reservations can by made by calling: 914258841. The Iglesia de San Anton can be found in C/ Hortaleza and the best time to visit is El dia de San Anton/The Day of San Anton on the 17th January.

David is a freelance writer and translator who has written for Vice and some smaller publications. He recently joined Stubble and Strife to write on the “Little Troubles and Strife Series”. David lives in Madrid, and has his own website at https://theonlydavidbrownintown.wordpress.com. You can also follow him on Twitter @onlydavidbrown

Adam Potts took the photograph for this piece. To see more of his work check out his instagram: adam_w_potts and his website